Have you ever wondered why some of the most successful investors in the world are investing hundreds of millions, even billions, in gold in recent years? We’ve taken a look at 5 billionaires who see the clear benefits of gold investing.

Known as the “Oracle of Omaha,” Warren Buffett is one of the most successful investors in history. He is the chairman and largest shareholder of Berkshire Hathaway, which owns over 60 companies, including Geico, Duracell, and Dairy Queen. With a current net worth of $80 billion, he ranks 4th on Forbes’ list of the richest people in the world 2020.

As a philanthropist, Buffett has pledged to give away 99% of his fortune to philanthropic causes. In 2009, he and Bill Gates founded The Giving Pledge whereby billionaires pledge to donate at least half of their fortunes.

Why did Warren Buffett invest in gold?

Perhaps Buffett was convinced by the fact that gold has performed six times better than the markets since 2000—and 3.5 times better than his own Berkshire Hathaway shares. But his move into gold investing can also be seen as a bet against the US banking system as Berkshire has reduced its stake in Wells Fargo by 26%, in JP Morgan by 62%, and in Goldman Sachs by 100%!

Over the years, Buffett has repeatedly voiced his disdain for gold. In 2011, he said that “gold is a way of going long on fear, and it has been a pretty good way of going long on fear from time to time. But you really have to hope people become more afraid in a year or two years than they are now. And if they become more afraid you make money, if they become less afraid you lose money, but the gold itself doesn’t produce anything.”

Nevertheless, in August he changed his view on gold as an investment and invested $564 million in Barrick Gold, the world’s largest mining company, sending shockwaves across Wall Street.

2. Ray Dalio recommends gold investing over stocks and invests over $400 million in gold

Ray Dalio is the founder of Bridgewater Associates, which manages $140 billion, making it the world’s largest hedge fund. Dalio’s net worth is $17 billion, and he has given over $850 million to philanthropic causes. He runs the Dalio Foundation, which supports microfinance and inner-city education, and he has joined Bill Gates and Warren Buffett’s Giving Pledge, vowing to donate more than half his fortune to charitable causes within his lifetime.

Why did Ray Dalio invest in gold?

Considering that Dalio’s hedge fund could invest in any asset—stocks, bonds, US Treasuries, etc.—the high percentage he invested in gold reflects the level of risk he sees in today’s markets, the dollar, and the economy.

Hedge funds are investment pools that protect investors from risks and try to beat the markets. That makes him the leading financial expert on risk and growth, so when he recently told investors to “sell stocks, buy gold,” it was taken seriously.

In 2017, Bridgewater increased its gold holding by 525%, and in 2020 the hedge fund upped the ante and now holds a remarkable 20% in gold, according to their latest quarterly statement. Bridgewater bought the equivalent of 170,000 ounces of gold and has invested over $400 million in gold this year.

Dalio is also speaking against holding cash. At the World Economic Forum in Davos, Switzerland, Dalio said that “cash is trash,” warning that investors should get out of cash because central banks are continuing their massive money printing.

“In a world of ongoing pressure for policymakers across the globe to print and spend, zero interest rates, tectonic shifts in where global power lies, and conflict, gold has a unique role in protecting portfolios. It’s wise to hold some of what central banks can’t create more of.“ – Ray Dalio Naguib Sawiris is the hair of Egypt’s wealthiest family. He built a fortune in the telecom industry when he sold Orascom Telecom in 2011 to Russian telecom firm VimpelCom in a multibillion-dollar transaction.

Why did Naguib Sawiris invest in gold?

When asked why he invested half of his net worth ($5.7 billion at the time) in gold in 2018, Sawiris explained that he believed gold prices would increase to $1,800/oz shortly, because of persistent international demand for precious metals. He also called the stock markets “overvalued,” saying they were going to crash.

The gold price around the time Sawiris bet half his fortune on gold as an investment was around $1,300/oz. He hasn’t sold his gold holdings, and today, his original investment of $2.85 billion would be worth almost $4.2 billion (at the time of writing, gold is $1,905.61/oz). In other words, his investment in gold has returned more than $1.3 billion in just over two years! 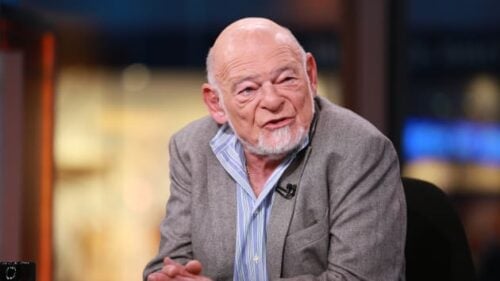 4. Sam Zell enters gold investing for the first time in his life

In 1968, real estate mogul Sam Zell started Equity Group Investments, which is a major participant today in industries such as energy, logistics, and healthcare. He chairs five public companies, including one of the largest real estate investment trusts in the US. According to Forbes, Zell’s net worth is $4.8 billion.

Why did Sam Zell invest in gold?

“For the first time in my life, I bought gold because it is a good hedge,” Sam Zell told Bloomberg. “Supply is shrinking, and that is going to have a positive impact on the price. The amount of capital being put into new gold mines is almost nonexistent. All the money is being used to buy up rivals.”

As a real estate investor, Zell isn’t necessarily a precious metals insider, which might be why he never took an interest in gold. Until 2019, that is, when he invested in gold for the first time ever.

Zell’s reason to enter gold investing is further explained in that discoveries of large deposits are becoming increasingly rare. After the price of gold corrected in 2011, mining companies cut their investments in looking for new mines. Now, with gold hitting record highs, it takes 10 years to effectively find and mine a new location, so during what may be one of the largest precious metals bull runs in history, there will be no supply to meet it. Imagine the price of gold then….

In addition, experts are saying that we have reached “peak gold,” the point where we have mined the most gold we ever can in any one year, Gold production has plateaued, and  we are likely to see a gradual depletion of output over a few decades. As supply decreases, gold prices will increase further. 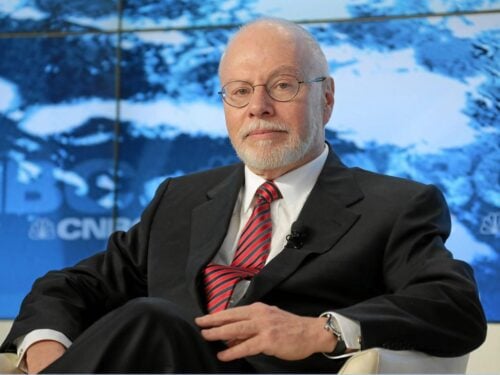 Hedge fund magnate Paul Singer (net worth: $3.6 billion) founded his hedge fund firm, Elliott Management, in 1977 with $1.3 million. Today, his firm is managing around $40 billion in assets. He is also the founder and CEO of NML Capital Limited. Fortune magazine describes Singer as one of the “smartest and toughest money managers” in the hedge fund industry.

Financial Times quotes Paul Singer as saying that gold is one of the best assets you can buy today. Singer calls gold “one of the most undervalued assets available,” and in a letter to investors he says its fair value is “multiples of its current price.”

Via his hedge fund, Singer is urging investors to consider gold as an investment because of low interest rates, disruption to mining, and what he calls a “fanatical debasement of money by all of the world’s central banks”—the massive money printing that the Federal Reserve and other central banks have put in place as part of their response to the pandemic.

When the Fed adds trillions of dollars to the economy, it devalues the dollar, eroding its purchasing power. Gold, on the other hand, maintains and even grows its value while protecting investment portfolios. This is likely the main reason Singer says gold is undervalued.

Should you consider gold as an investment too?

If you follow the advice and actions of Smart Money, the answer is a clear Yes!.Whether you’re working with billions of dollars or with thousands, it is worth considering gold investing. Smart Money is talking the talk and walking the walk—they are not only encouraging investors to invest in gold, they are putting millions and even billions into the precious metal themselves because they believe in its inherent qualities.

And for transparency, we at Gold Alliance have made and are making huge investments in physical precious metals as we see a once-in-a-lifetime opportunity in gold investing.

One of the best ways to enjoy the benefits of investing in physical gold bars or coins is through a Gold IRA, which can grow your wealth and protect it from financial crises while preserving the value and purchasing power of your wealth.

If you are interested in learning how to invest in a Gold IRA, we are always here to help you. Just call us at 888-734-7453 or email us at info@goldalliance.com and one of our precious metals experts is ready to answer any of your questions.